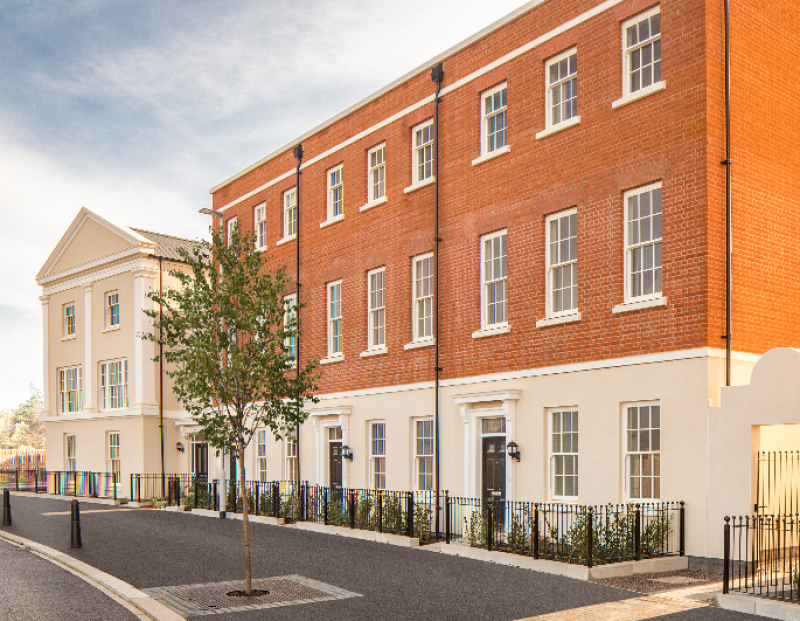 Sherford scoops award for being the best in the South West

Adding another award win to its collection, Sherford has just been crowned ‘Large Residential Development of the Year’ in the South West Residential Property Awards.

Run by leading business publication, South West Business Insider, this was the first year of the newly created Residential Property Awards; held to recognise the cream of the crop of residential projects, developers, architects and advisers creating landmark developments in the region.

Gavin Thompson, Deputy Editor of South West Business Insider, said: “These awards have been created to celebrate the most outstanding developments and examples of best practice. By shining a light on brilliance, we hope to inspire others to raise their game.”

Representing the Sherford Consortium at an awards ceremony in Exeter, the Linden Homes team accepted the award on behalf of those involved in making Sherford the outstanding new community development that it is. Beating off stiff competition, Sherford was praised for being such an exciting new addition to the region.

The judges commented: “The new community of Sherford represents a major investment in building new homes for the South West and is delivering at scale sustainable and desirable properties.”

This is the fifth award Sherford has either won, been nominated or shortlisted for within the last year alone. Sherford’s green credentials have already been internationally recognised, with the development scooping an award from sustainability assessment scheme CEEQUAL.